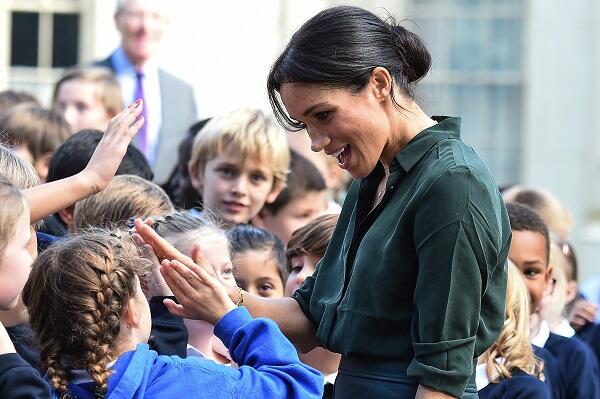 A video has surfaced of 12-year old Meghan Markle in school making a point of breaking down gender boundaries between men and women.

In the clip, she shares that her social studies assignment was to watch the news. While flipping through channels on television, a commercial for Ivory Dishwashing Liquid caught her eye.

"When I first saw the commercial, I knew something had to be done because I was furious," young Meghan mentions in the video, as a visible expression of disgust shows on her face.

After carefully thinking about the content of what was being advertised, including messaging that hinted women belonged in the kitchen, Meghan wrote a letter to Procter & Gamble, the parent company of the dishwashing product.

"It makes me feel like they're [boys] are are going to grow up thinking that girls are less than them..that boys are better than girls." She then included wanting to change the messaging that "women are battling grease" to simply, "people all over America" so the product isn't including a gender stereotype.

Three months after she sent her letter, the company revised the television spot.